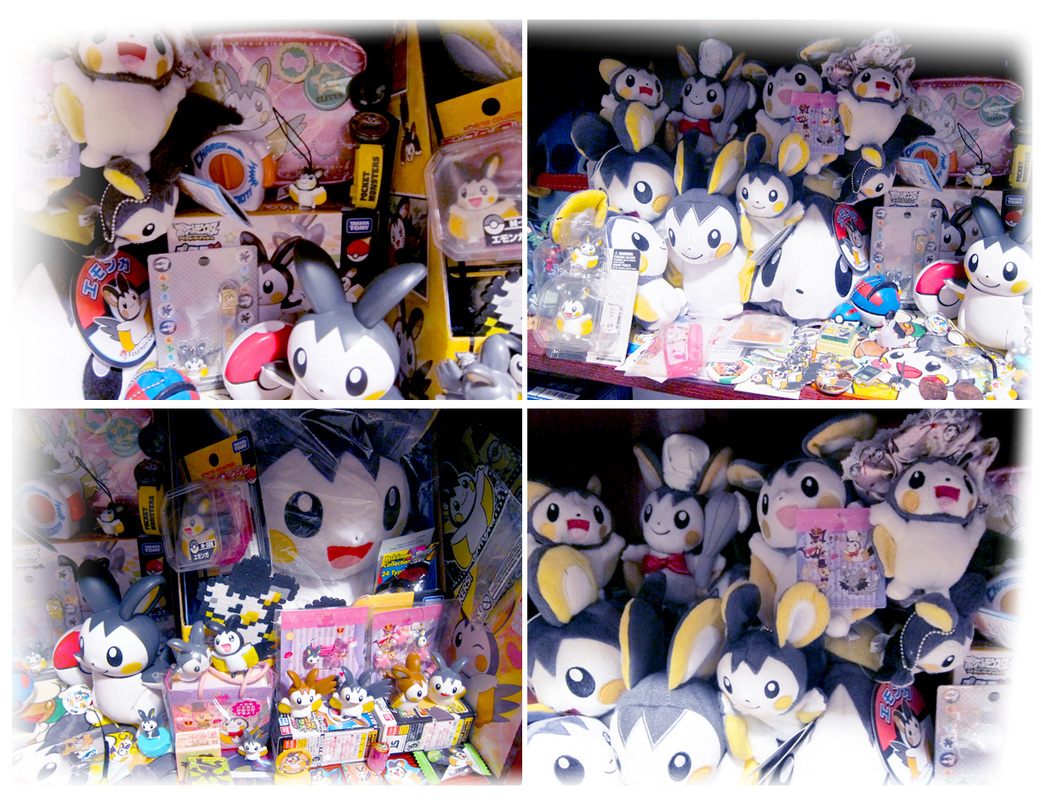 My first BW kid figure! Is it just me, or are BW kids a little smaller than the past gens? At first, I thought this kid had no feet but they are visible! From behind! Such cute little feeties! Such a clever idea, he looks like hes gliding across my desk. And he's one of the few kids that I own the box and sticker too!

Yes, I need to get two of Emolga, one to represent both my sugar gliders, Jippo and Oswald. They are also named after my gliders in the games. Oswald is the shiny while Jippo is the normal. :D It was so much fun painting this one! He came out so smooth and bright. C:

It took awhile but I finally had the time to paint a shiny variant of the attack kid. X3 It came out very well if I do say so myself.

Ah! Emolga soapy figure! After two years of searching. I really can't believe its been that long since it released. I thought I'd find it sooner but nope. SO worth the wait though. It's a lot bigger than the other soap figures I got and its in excellent condition. ;u; Amazing. 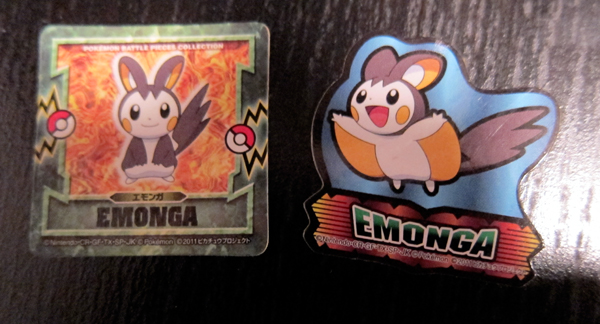 Really sweet gifts from a purchase I bought. I was ecstatic when I saw them included! I love the boarders and size of these! 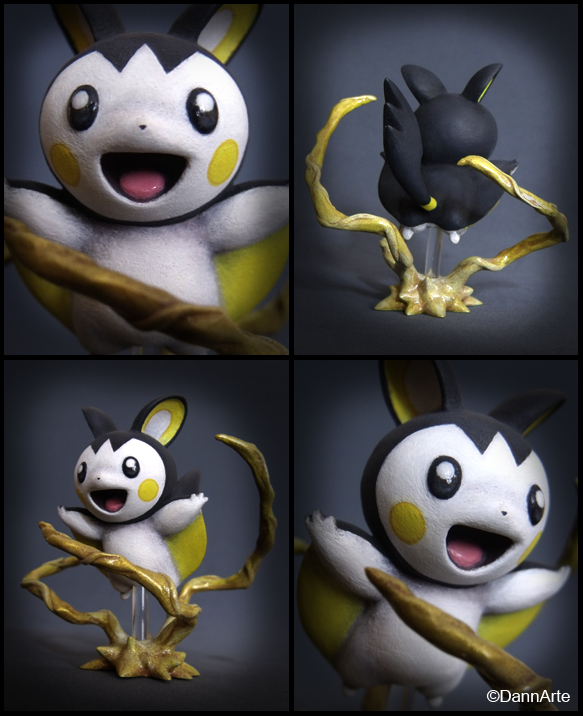 You guys may have seen this floating around DA. This is an amaaaaaaaaaazing custom made sculpture by DannArte! This figure is perfect. The detail is so impressive, the electricity base is jaw dropping. The paint job and shadows, gorgeous! He almost looks like a zukan piece with that clear peg or those new attack Waza figures. I'm sooooooo happy to have this in my collection. ;3; Ever since it was created I knew I needed it for my collection......I needed more  custom emonga's. I'm glad the one I've gotten in awhile was this. 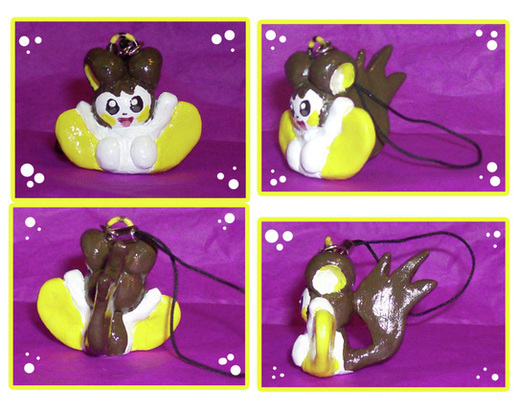 Here's my custom made charm. He is very tiny and his ears were a little difficult to make for this size but came out to my liking. :D His tail is my favorite part and I just love how his face came out. I couldn't wait for merch to come out for this little guy so I decided to create my merch while I wait for the games to come out.

nightmare_chan2and jirachi_chan6 also made this fantastic Emonga cupcake! :DDD Aaaaaaaaaaaah! This one is INCREDIBLY detailed. I can't believe how smooth the clay and paint feel! One of my characters has a deep love for Strawberries so seeing Emonga's cupcake topped off with one makes it so much more personal. C: I'm enjoying seeing my Emonga collection grow before a lot of merch comes out. 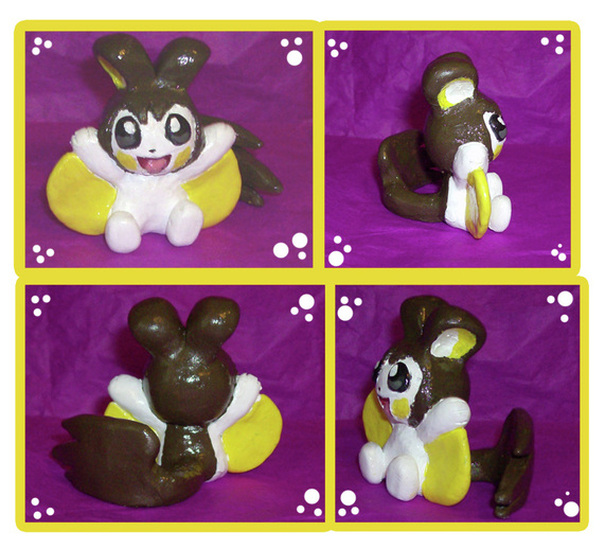 I decided to make a large figure of him as well, hes probably a little bigger than an average kid.  He was a little easier to sculpt. I even hollowed out the inside of his mouth,  though I had noooo idea how to paint his back view since it hasn't been shown yet. I really want it to be solid brown but I have a feeling hes just going to have a brown stripe down his back with yellow flaps all around, so I went with that. Though we'll have to wait and see. I cant wait to start collecting merch for him!

This was a gift from Porcupine_paws who surprised me with this adorable *and tiny* sleeping Emonga sculpture. X3 Its too cute, I hope they make a plush that looks just like this. You can see here but his little mouth is opened and his wing flaps are folded. Such detail for a the size it is. :D The little feeties and tail are so precious. <3
Back To Top