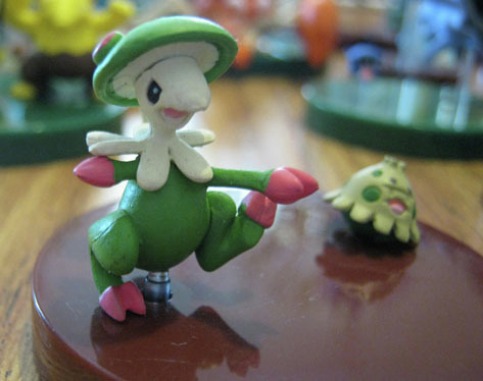 ;-; *sobs of joy* I....have...it. I finally have it. Its a miracle. Ever since I first started collecting this line I put this item on top of ALL my want posts. Months past and I've already accumulated zukan sets I'd never thought to get before this one. Raichu, Luxray line AND Absol. I was going crazy, people knew that I've been desperately searching for this set for months. After awhile I just sorta brushed it off. Then a huuuuuge zukan auction showed up and I heard the person was claiming the Ninetails set. Knowing that shroom line was also a part of that set I went to see if they were available as well. And indeed they were. Placing the first bet I was dancing all over the place. Making sure this zukan never leaves my sight. The only time I could of gotten this zukan was about a year before this, I was dumb and thought that Id find another one soon after this and gave in after only 8 dollars. BUT not with this auction. I went up to $30+ and was willing to go higher! People were noting me to bid and thinking of me when they saw the auction XD Even people bidding against me backed out because they knew i really wanted this zukan. ;-; That was so nice of them.  After a long battle I won him! And here he is!

I also was lucky enough to get the pamphlet. What a weird selection. Funny how I have claydol but Breloom is just so freakin' rare. Look at my beautiful zukan! I'm so happy Shroomish is happy shroom and Breloom got one of the coolest poses for any zukan set! Being in mid air, extending his stretchy arms and ready to kick butt. Aghsgkhg...perhaps my favorite item from my collection. ;-; 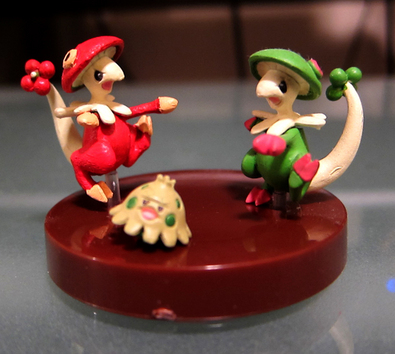 It's been so long! Years!!! But Shroomish has a NEW figure! AH! He was featured in this new Gashapon set with a little thing from Amie. He's so disgruntled. He looks a little pastel compared to his other figures. I really like it and it sets him apart in my collection. I hope people who doesn't want this figure will give them to me. I'll take them all. I hope he gets more figures in the future.

My little Shroomy kid. Hes so grumpy even if he's pretty shiny. At first, the cream color didnt want to blend over his pea like skin but after a few coats it started to smooth out. I love the turn out once he dried. The Shroom line is one of my favorite shiny lines. 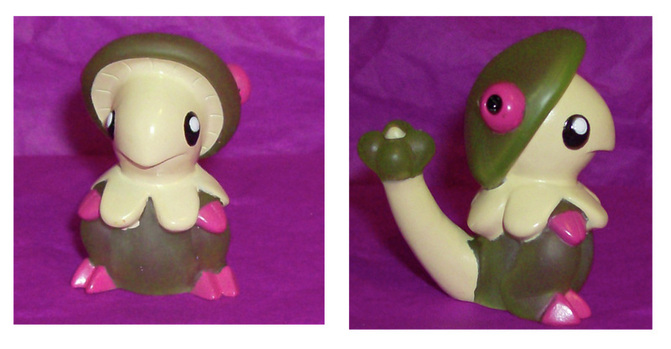 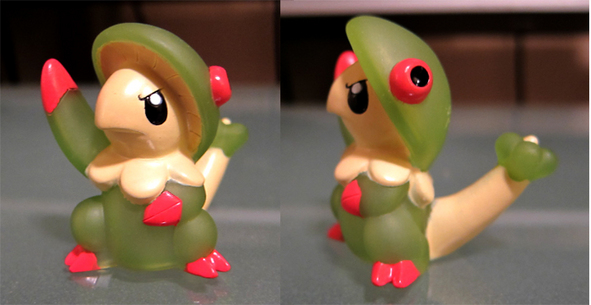 Oh man. Oh man. Oh MAN!!! I've been looking for this kid for about 2+ years now!!! And I haven't seen it once up for sale during my time on this community!!! Augh! Its beautiful! Just....that pose....that perfect MINT paint job! Yes! I got it mint in plastic! It even came with his attack sticker. ;3; I would check Y!J EVERYDAY for this kid but found nothing all this time. I'm sooooo lucky to have this......this is my favorite Breloom kid and finally holding it in my hands is so rewarding as a collector.....gah...why...why my little loom? Why were you so elusive to find?! It boggles my mind but I don't care....your here now. *pets*  But seriously getting this in the mail from a trip out of town was the best thing ever. Just that moment when you know that package is your grail item and just opening it is sunshine and lollipops. I got this clear along with my Shroomish clear, I spent about 50+ on them both. X_X The most I ever spent on clears. 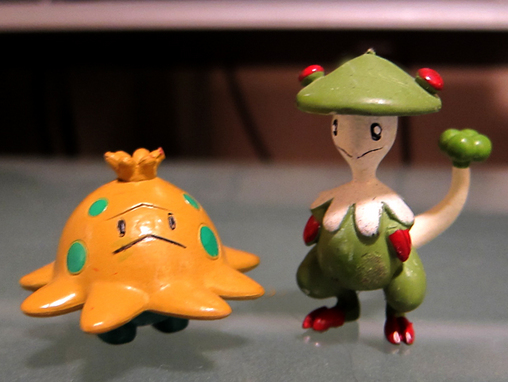 The Shroomish looks like a real tomy! Can't see anything wrong with him to tell you the truth and "No nose" Breloom is darling, I need to find the one with the pointy nose later on.