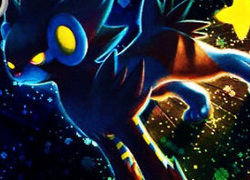 When its eyes gleam gold, it can see through anything. It can spot hiding prey--even those taking shelter behind a wall. Luxray are extremely vicious and predatorial, although when tamed and trained correctly they can become very loyal and faithful, protecting their Trainer from danger. Abusing a Luxray can cause it to become antagonistic and vengeful towards their Trainer. Luxray need a lot of compassion and praise to maintain their satisfaction, as they are proud creatures.
Okay, I got to be honest with you. I hated the pokemon for the fourth gen!!! I only had about 4 favorites, while in the past I had a good handful. When I got Diamond, Shinx was the first pokemon I caught and I fell in love with the line as I completed it. I knew even before I got the game that I wanted to catch a Shinx, I ended up making him my starter. Shinx just had to be on my team, I just adore him, Luxray especially, he was just so wild, the male spiky hair was my favorite, hes just black and blue and awesome all over.

I love the first evolutions as well but feel the need to collect as much as I can of Luxray first, with the exception of a few items from the first two. He doesn't seem to have TOO much merch but he is well saught after so I know I'll have some competition. This collection will be a fun one and in due time I hope to collect everything of the three!

Aaaaah! It's been so long since the Lux line got a new plush! This one looks just like the elusive banpresto but now this one is updated with a smile! Aaaah! So cute.

Two clear kids one more to go. I can't believe I tracked down both the Luxray and Luxio clear kids before the Shinx. I thought Shinx would be easier to track. I love how the transparency looks on his blue parts! So cool and it great condition.

Yay for the anime bringing the lion line to the main cast! Yes, one of the XY trainers has caught a Shinx which evolved into a Luxio! Which means hopefully new merchandise! This is the first thing in years released for this line! This kid he's standing up all cute like with his tail slinked to one side of his body. So cute!

I went through so many blind bags to get this. X_X Why must I get so many duplicates but not ONE lion?! The tin is a must have and I'm glad to finally have it.

The promo isn't complete until you have the clearfile! I love when they give them the pattern on the other side. I was bummed Sylveon didn't get a clearfile with a patten. 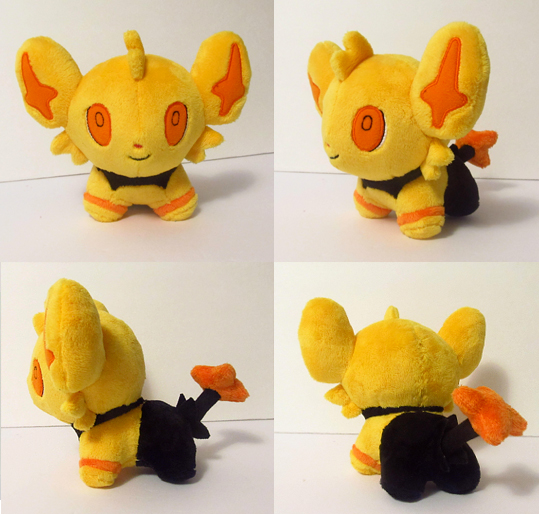