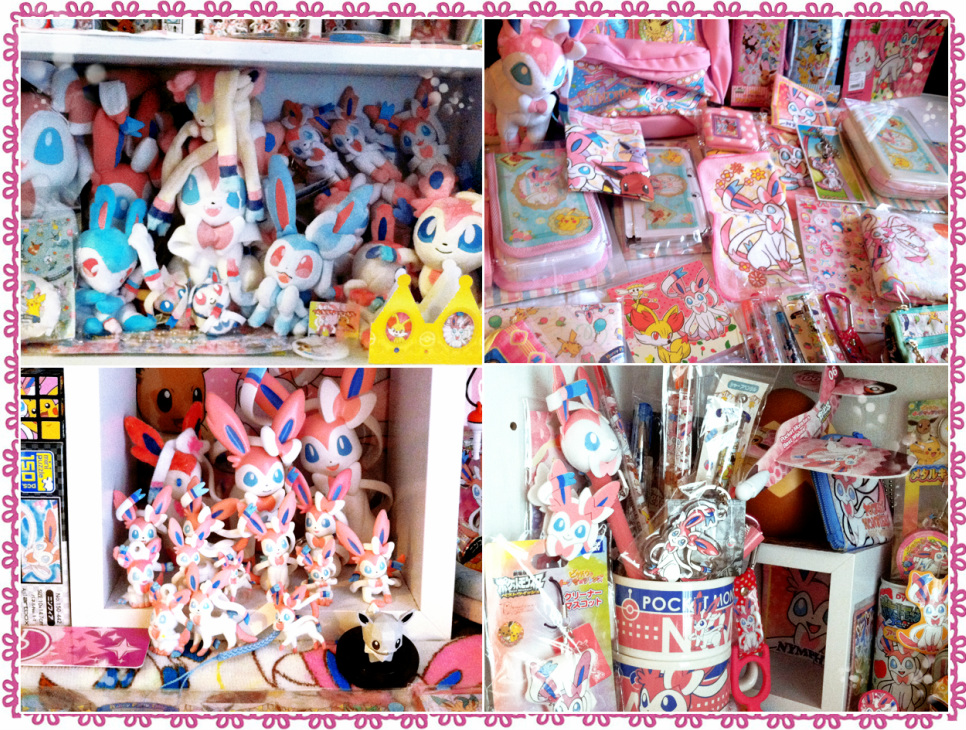 Ever since I saw Sylveon revealed on Corocoro I was in love. The impact she left on the world when she was showcased. The questions, the hype, the theories of what type it was. It really jump started my nostalgia for the game and got me just as excited as I was back when Red and Blue released. Even though I knew for a fact I'd collect Sylveon I wanted to see who else from this generation would catch my eye. Then I realized I'd only like one other besides her in Kalos. Hawlucha being the other, I knew his collection would be smaller than most so It was pretty obvious that Sylveon would be my new main Kalos collection. I would only know for sure when I played XY for myself. I wanted her on my team, when I got an Eevee and it grew ribbons and bows, that was it. She won me over. She was a key team member in my game and destroyed everyone in her way. Total powerhouse fairy queen. The fact that she's the representative of a brand new type is amazing. The fact that they haven't made a new type for many years only for Sylveon to showcase how cool it can be is very special. I'm very picky when it comes to my Pokemon and I would've never guessed I'd be a serious collector for an Eeveelution. Which I know for a fact is super TOUGH. I've seen the turmoil, the crazy bid wars and thought, "I'd never get that crazy over an Eevee". Poo on me. I've been bitten by the Eevee bug. I've always loved Jolteon and he was my favorite since Kanto and I do have a side collection for him but I never thought to pursue trying to full blown collect him. Then, Svlveon happened. I adore anything that's lop sided. The fact that she has her bow and ribbons on one ear while the other has tufts is perfect for me. I love how Flareon and Jolteon have jagged ears. Leafeon has color on the tips of its legs. Umbreon's glowing eyes and Jolteon's jagged tail. I get pieces I like most about the other Eeveelutions in Sylveon. And even though people have said she's "Girly" which I'll admit, she can be. I don't see her as that. Especially, when she's shiny. I see a well designed Pokemon. (Another bonus, is her fangs. I love any Pokemon that has fangs.) It really gives her character and fits with my team very nicely. Welcome Sylveon!

I plan to hardcore collect this Vee like no tomorrow but she must be (mostly) the prominent focus on an item. Unless, the item is unique or rare. I've come to the stage where I'll buy items if she's featured somewhere on it. Yup, I went fairy crazy. There's no going back either. I've already spent thousands on this collection and I'm striving to have the biggest Sylveon collection out there! I know that will be a task but I'm up for the challenge. Enjoy my site and my adventure to being a Pokemon Master.

This collection went through a full blown overhaul! This collection has gotten so massive I've decided to split it in easy to navigate sections. I've also took the time to organize my collection through "Promotions" Sylveon has been featured in rather than by type of item. That way, it's easier for fellow collectors to see what's out there. This took quite some time to finally complete but I hope my work in spiffing up my Sylveon collection shows and makes it unique to other collections. 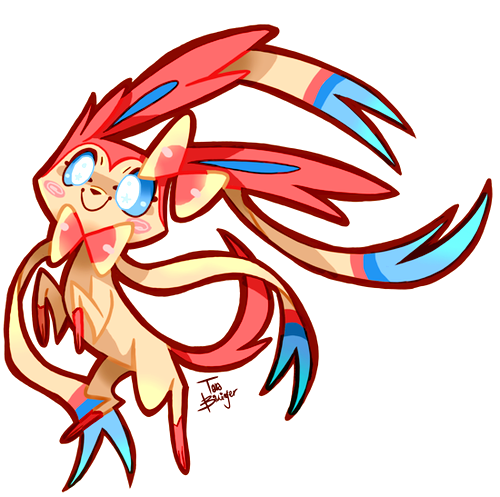