~Books and Magazines + Other~ 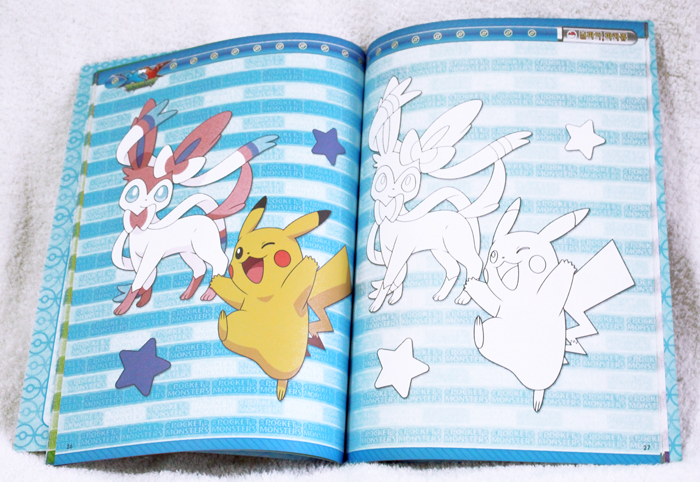 This is such an amazing Korean book! It has so much awesome art in it. Including a lot of Sylveon! Look at all the pages! She's featured on some buildable boxes too and it comes with a sticker sheet inside!

Another item I never knew existed. It was for a exhibition promoting years of all the Pokemon movies ending with the Diancie movie. This is a cool promo image in celebration of it. Right at the end of the line next to Diancie you can see a teeny tiny little itty bitty Sylveon. It's a very fancy memo pad. :3

I never seen this before! Its a really cool eeveelution diary. It comes with stickers for your schedule.

I never knew this artwork got a notebook! I needed it for the little Sylveon on all the lined paper. It's very sturdy and comes with a lot of pages. Such a glossy cover too.

I missed out on this notebook a few times but found it in a school supply lot. I love the colors and the doily borders! The back is just as good with Sylveon in the center of both sides. The placement of the other Eeveelutions is kinda funny. Some of them just look like they're floating. Haha.

Another lucky find! At first I thought I already had this one but once I double checked I nabbed in an instant. This one has Sylveon front and center on both the front and the back. I love the shimmery muted rainbow colors.

Sylveon is featured on a whole new set of notebooks and graphing paper for school. This one showcases all the main casts team members in a meadow. The paper is square graphing paper.

The second showcases a bunch of Pokemon chilling in a garden water fountain with thin square graphing paper inside.

The last one shows them having a Mexican fiesta party at the beach. Sylveon is a little bigger in this one. The graphing paper is slightly different compared to the others. 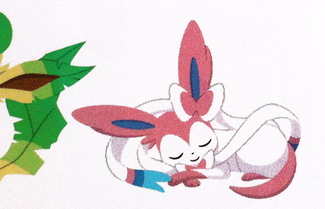 When this first came out I had to do a double take. Most of the artwork were for recently released petit pokemon but then….I saw…SYLVEON petit!!!!! It got me so excited of the thought of it getting an official petit plush! (Which she ended up getting a month later). This planner has a bunch of colorful pages featuring different Pokemon. Sylveon in full is inside!

This is a plastic book with coloring pages inside it. There are a few Sylveon pages and she's featured on the back so I had to get it.  This coloring book is really cool because all their outlines are thick blue.

This magazine is all about the Genesect movie and Sylveon short and what merchandise will be released at the center. It shows a lot from the short as well as a cute Sylveon and friends comic.

This is such a cool magazine! It features a lot of pages showing off Sylveon in the new tretta game, a puzzle game and the announcement page showing off the new Sylveon pokedoll! I love how I own the first look of the doll.

Another book with cool merchandise! It had a few pages with Sylveon featured.