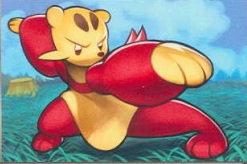 In fights, they dominate with onslaughts of flowing, continuous attacks. With their sharp claws, they cut enemies. They have mastered elegant combos. As they concentrate, their battle moves become swifter and more precise. 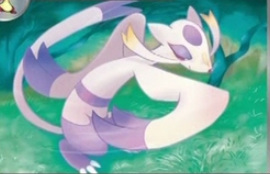 They use the long fur on their arms as a whip to strike their opponents. It wields the fur on its arms like a whip. Its arm attacks come with such rapidity that they cannot even be seen. 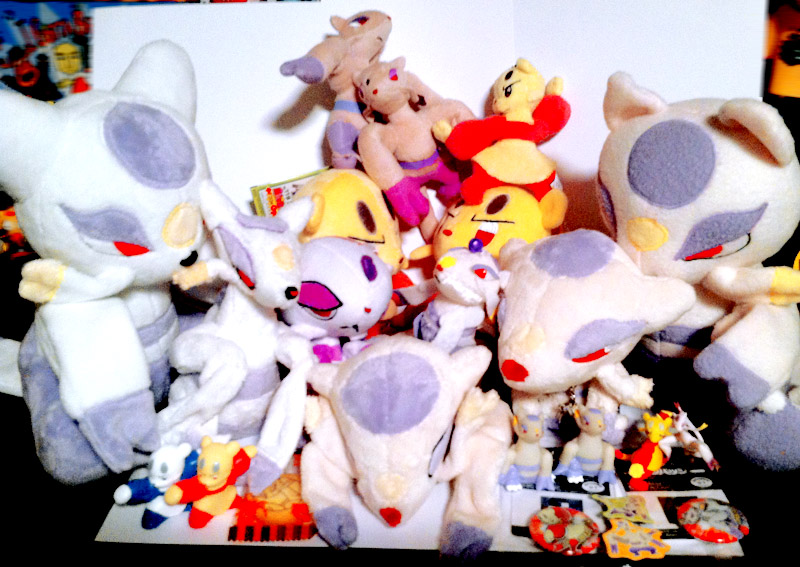 [Picture needs to be updated]
When Unova rolled into town I was very impressed with the designs, I had my doubts since I only had four favorites the previous gen. When the dex leaked all over the internet. I scrolled through the hoard of new pokeys and stopped in my tracks when I came across a long lanky, purple weasel. I was in love. Besides a certain sky squirrel that I had to love by "sugar glider" default, this weasel just spoke to me. Its everything that my websites and art represent. I love drawing lanky animal things, purple is my color of choice and represents my website name, she's very pretty but has claws just like most of my artwork annnnnd to boot I actually love it's pre-evolution. That's so rare. I really really love Miefoo too! Both have won my heart.  Mienshao is my main from this line but I do plan to collect all figures, flats anI d plush for both! As well as having the largest custom collection of the two. I wish both the best of luck for future merch! I know I'll probably be buying two of each when they do.
So much love for the weasels. <3 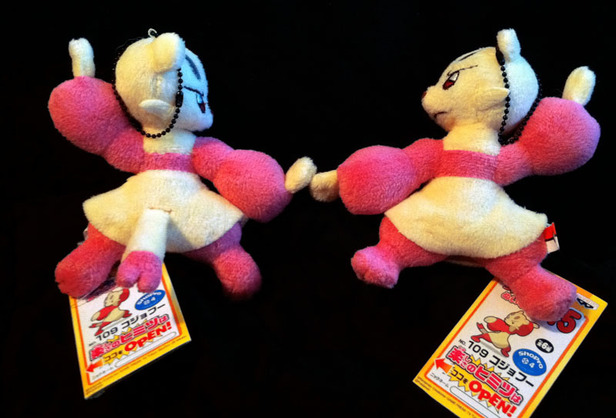 My little kung-fu weasels! Why did you have to come out 15 sets into the MPC collection? AAAAH. I was waiting forever for a prototype image of these guys, let alone a release date. She was totally worth the wait though! I had to get two but now I'm contemplating getting a third to make shiny. Hmmmm.... I love how they made the plush in her kung fu stylings pose. 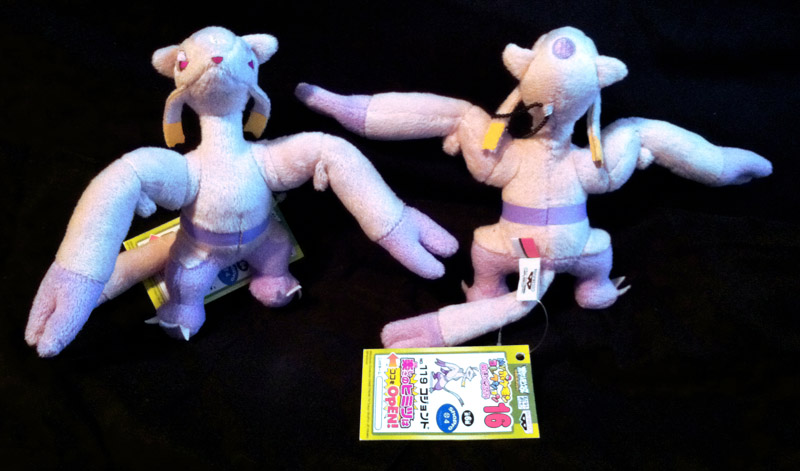 These took forever to be released, seriously. Set 16? Whhhhhhy? I was looking forward to the summer even more due to these. I can't believe how detailed and cute these are! Mienshao's first plush. ;3; Hopefully, it won't be the last. The paws and those cute chubby little arms are incredibly adorable. It's my favorite MPC by far. I went crazy and bought five MPC of her. That's right, five.

Aaaaaaah! Another one of my custom grails has come to be. I now have my very own shiny Mienfoo pokedoll! Ah! She's one of my favorite shinys ever. The white with the dark blue is so striking. The grey eyebrows also look really good with this color scheme. I can't believe I have this. Look at those little feet! This is made by SerenitySaama and like all her plush it's perfect! The whiskers the arm sleeves the little dress. Everything is perfect to the original pokedoll. I love love LOVE it and I'm so happy to own this cutie.

My beautiful shiny weasel! She's based off my Mienshao pokedoll art. I made Usakochan  an Abra Pokedoll and she made me thiiiiiiiiiis. Eeee, she's sooooo sparkly! *u* Ever since the Unova sprites were revealed Mienshao was one of my new favorites. Not just Unova but of all time. Theres not too many pokemon that I adore both its normal and shiny variants but Mienshao was already purple and then...then.... she's even more purple when she's shiny! Agh! I love her color schemes equally and thats very rare for me. I asked her for a shiny Mienshao since the Pokemon Center already released a Mienfoo Pokedoll and I'm hoping they'll eventually do an official Mienshao pokedoll in the future. This plush is very special to me on so many levels.... 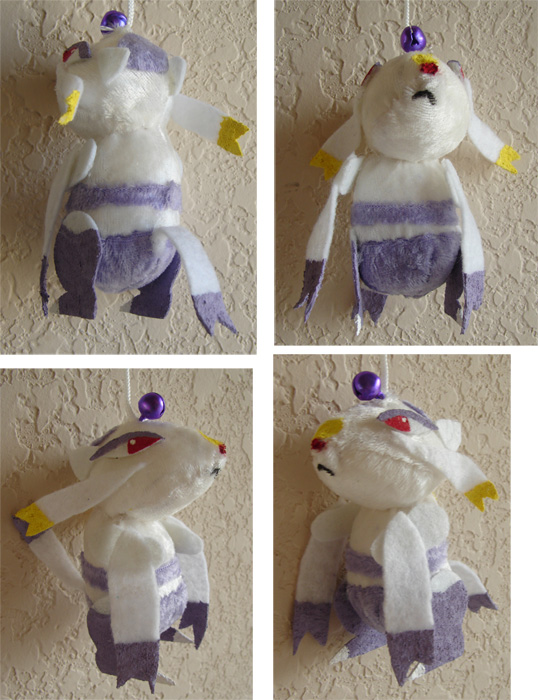 What a dream to have another flag custom bell plush!!! <3 This is my second one, shiny! Shroomish being my first. Look how details it is! It's so squishy and can totally stand on its own. The purple bell is such a nice touch. I really admire flag for making these, they look so professional and I bet they're really fun to make! I really hope I can get the chance to commission the rest of my favs. These bell plush are just amazing, everyone should have one in their collection. Legit or custom.

This is my custom "sitting' Mienshao Plush, made my the ever so awesome Akeyma! <3 <3 <3  She has outdone herself with this one. It is made of fleece and the embroidery machine detail is top notch! I love my Mienshao's smiley face! And how her ears bend and cast a shadow inside of them. Her circle patterns on her head are just beyond perfect. She is just so unique!  She gave me permission to give her white little claws and paw embroidery. Which can be seen under her fur flaps. ;3; Thank you so much, Akeyma! I'm so glad I won her! She is a gem! Thank you thank you! <3 <3 <3