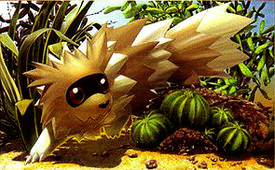 Zigzagoon restlessly wanders everywhere at all times. This Pokémon does so because it is very curious. It becomes interested in anything that it happens to see.The hair on Zigzagoon's back is bristly. It rubs the hard back hair against trees to leave its territorial markings. This Pokemon may play dead to fool foes in battle. Rubbing its nose against the ground, it always wanders about back and forth in search of something. It is distinguished by the zigzag footprints it leaves.

Linoone always runs full speed and only in straight lines. If facing an obstacle, it makes a right-angle turn to evade it. This Pokémon is very challenged by gently curving roads. When hunting, Linoone will make a beeline straight for the prey at a full run. While this Pokemon is capable of topping 60 mph, it has to come to a screeching halt before it can turn. 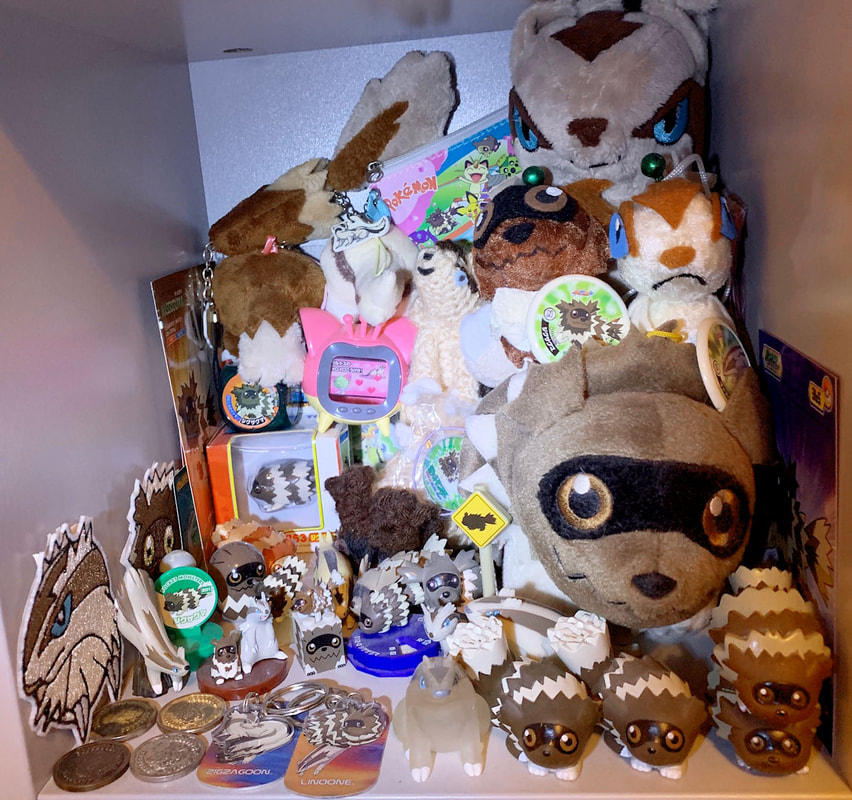 This is probably the rarest figure in my zig/noone collection. Groundbreakers was the set that was due for release multiple times, with the dates pushed back, and back, and back, until finally...they never came out at all. The entire shebang was canceled abruptly, probably due to lack of interest in the game, and Groundbreakers figures (minus a few released early) were never seen from again. Except very very occasionally. One Sabrina found in a random toy shop. Multiple figures found on Ebay with and without bases, but only once or twice. And yet over half the set never seen in person beyond the poster. Why was that third wave so easy to get, and the set on the brink of release, nearly impossible to find a single figure from? Agh! Linoone was from that set. He is extremely rare and I've only ever seen a few others. It's simply fantastic. The sulpt of the rock and the paint job and the way they curved Linoone's back is amazing for how small the figure is. Aaaah, I know how the two Grounbreakers I really wanted from the set.

This guy took forever to get, I was excited to get one in the box but now I sorta want one out of the box for display. I now have two in the box, Breloom being my second. I just adore the boxes these come in. They have such awesome artwork for the pokemon on the sides of the box. This tomy is on the rarer side as it seems to be a bigger amount than other tomys.

Oh my god! Ziggy is back for Omega and Alpha! Can you believe it!? I saw him in the choco egg line-up and boom! There he was. A brand new Zigzagoon figure since generation three! What's really weird is that he didn't show up in any other ORAS promotion after this. What? XD Why? Either way, I'm happy to have gotten a figure out of it. It's so pretty, it came in multiple pieces and you had to build him. What I'm really pleased with is the NEW pose! His little toes are in the air and he seems calm with his ears slit back. Thank you for this random addition! 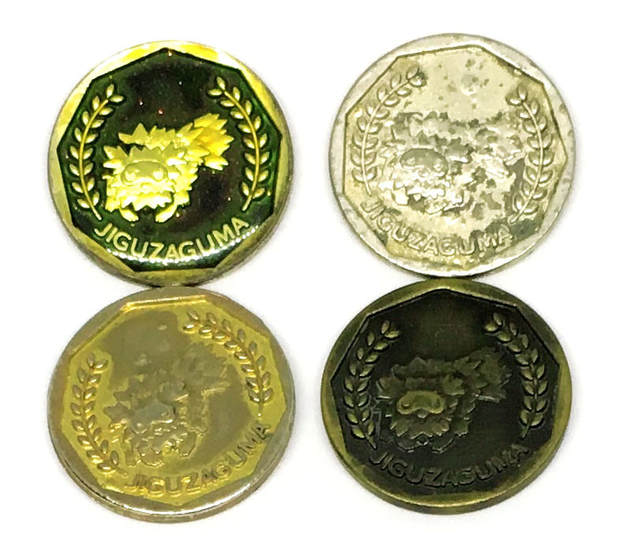 Yay! A new item that has eluded me for the longest time. I found one new in it's original packaging. One side is vinyl while the other is made of a fabric cleaner for the surface of a phone. 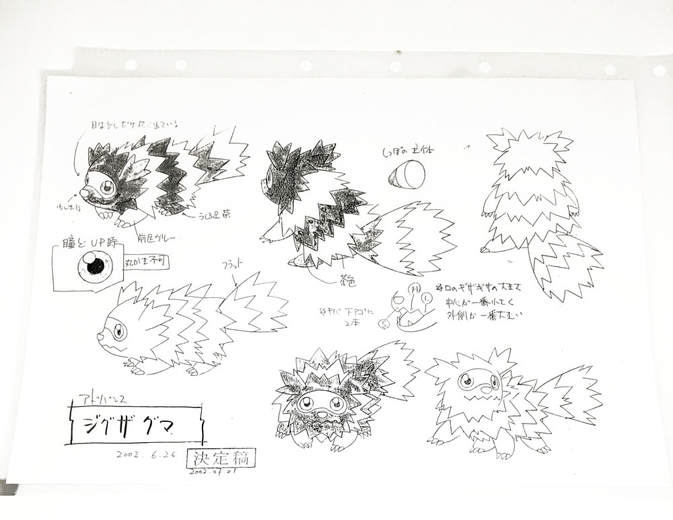 This has eluded me forever! I finally got my lovely ziggy in settei form! Love the cute sitting up pose. For some reason this one is rarer than others. I'm still not sure if the Linoone one exists but I'm willing to look for it. 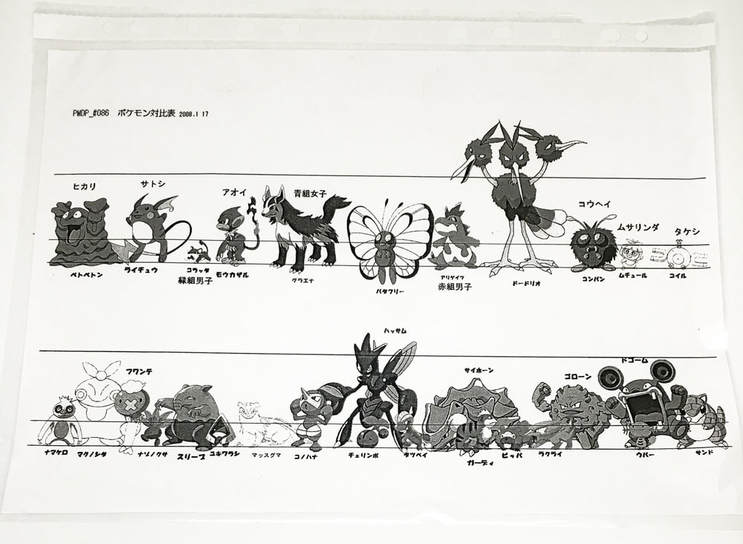 I love these size charts and some of my favs are showcased here. Sucks that Linoone is only outlined here but still cool to see him included.

Gigantic puzzle with a giant Zigzagoon right theeeeere! This one came in cool frame.

An adorable AG zipper pouch! It's smaller than a pen pouch so it holds some of my flats. It features a bunch of cute hoenn pokemon. It's double sided!

This is a rare pokecen promotion showcasing hoenn pokemon. I had to open it for photos because the artwork is so cute! I love new artwork! It came with sticky notes and stickers.

I never knew this existed! It's really cool and random. It has Pichu and Pikachu for some reason but showcases Hoenn Pokemon on the bookmarks.

I have a few of these for other collections but never came across one for zig till now. I love how big these are and they make excellent backdrops. 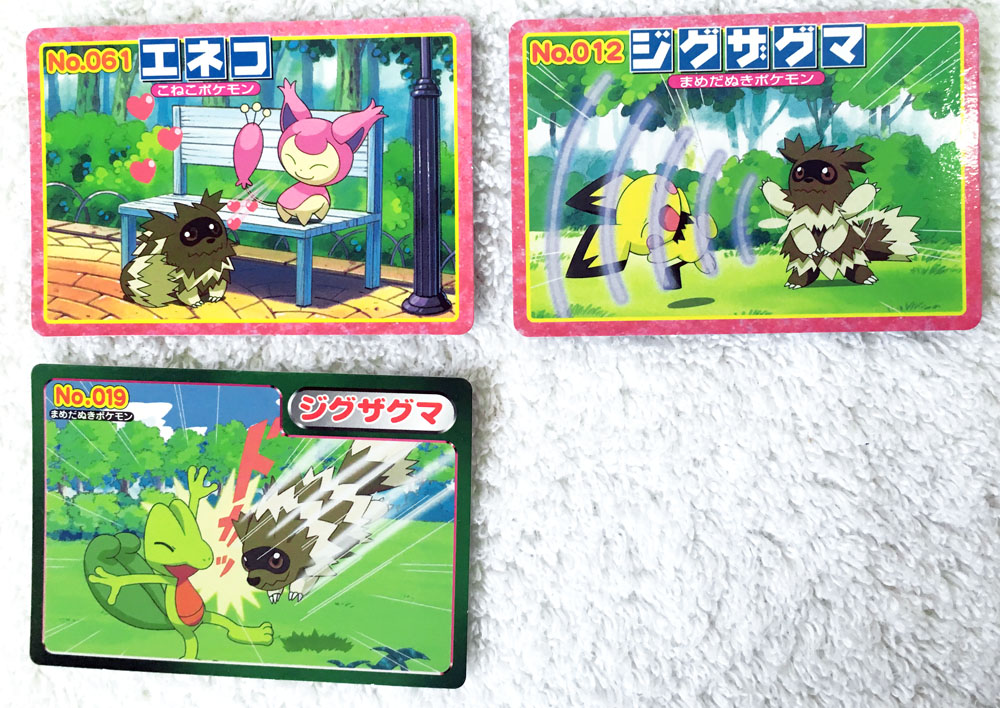 Zigzagoon being a total spaz in all these card battles. 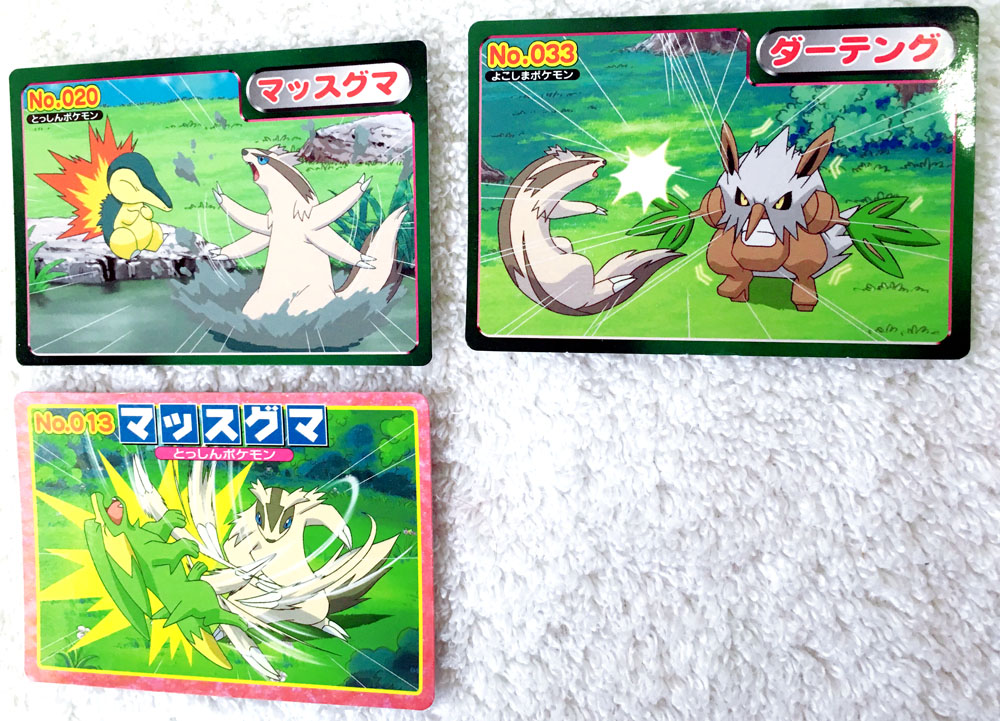 Linoone throwing a tantrum and being put in time out in these battles.

I always wanted this normal clearfile. So many of my favorites are featured. Including my zigs.

I finally got a hold of some Amada stickers for this line! This set is now complete!

Zigzagoon line is one of my newest collections and no collection of mine is complete without a custom plush of some sort. Linoone pokedoll just had to exist! Look! LOOK! Aaaaaah! Amazing! Another Usakochan original. <3 The tail and stripes came out so well and I love the bright blue eyes embroidery. She first made his shoulder fur fluff solid but changed it to single pieces which looks way better. The bottom picture is old with the old fur fluff. The tail is like a blanket. So long and pretty. Linoone needs an official plush someday....